The DAV expedition team has been in existence since 2000 and now also serves as a model for other European alpine associations. The men’s and women’s squads are always in action at different times. Both teams are trained over a period of three years and each team ends with a final expedition to Asia.

Sixteen applicants were selected for the third women’s sighting camp in Chamonix. The team was accompanied and trained by chief trainer Dörte Pietron, five mountain guides and myself as part of the performance mountaineering training. During the first two days of the sighting camp many safety standards were trained to bring all women to the same level. We spent the first day at the Mer de Glace for ice training. The second day in the climbing area of Les Gaillands was devoted to mountain rescue and rock climbing education. 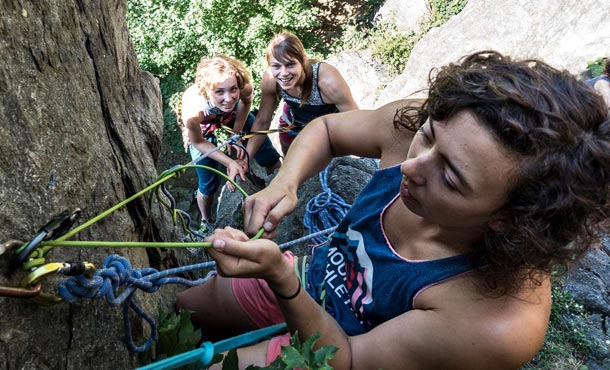 In the following days we climbed in always changing teams in different terrain. On the agenda were clean multipitch routes in an alpine ambience, ridge traverses, a north face route and also a bolted sports climbing route in La Maladière, where everybody could go on its limit. In addition, all participants had to pass a fitness test. At the end of the week, the third women’s squad was nominated and presented to the public at the OutDoor trade fair in Friedrichshafen. 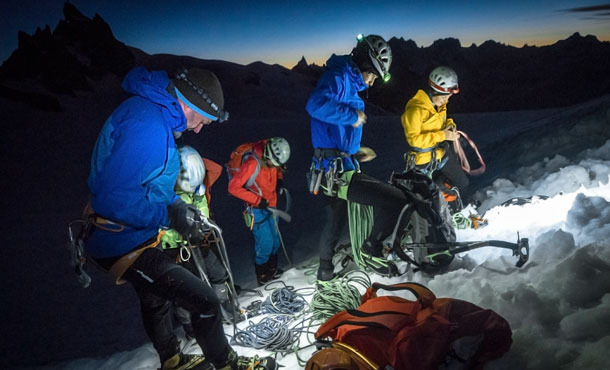