Sport climbing in the colorful forests around Triglav – Slovenia’s highest mountain in the Julian Alps.

In mid-October, a stable high became apparent in the eastern Alps. A great time for a week of climbing in the Julian Alps – the mountain range in Slovenia, which forms the eastern end of the Alps.

However, we had to give up our original idea of climbing a few long alpine routes on the Triglav (with 2864 m Slovenia’s highest mountain), because in October the mountain huts are already closed and the approaches from the valleys are too long to connect with extensive alpine climbing. So we changed our 50m double ropes into a 70m single rope and explored the sport climbing areas below the Triglav for a week.
Compaired to its manageable size, Slovenia has an astonishing number of sport climbing areas with a relatively heterogeneous rock quality and difficulty rating. All climbing areas are very well drilled, and with 12 quickdraws you are good equipped for the up to 80 m high crags. 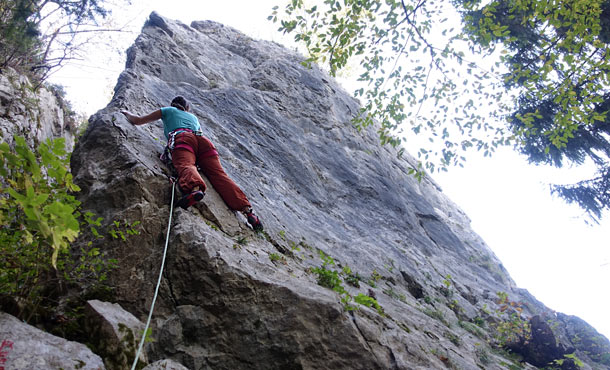 Among the six climbing areas that we visited this week, Urbasova Skala east of Dovje was the one we liked best in terms of its great location and many beautiful routes. Beside Urbasova Skala in the north of the National Park, we climbed in the west in Pri Žvikarju close to the Boka waterfall, Pri Pavru near Trenta, Škratova Skala near Kobarid and in the east we climbed in Bohinj Bellevue and Peč at Bohinjsko Jezero.

We used our rest day of sport climbing for an alpine ridge climb high above Bohinjska Bistrica. The tour starts at the upper station of the Ukanc cable car and leads in an hour and a half to the summit of Šija, where actual the eight kilometer long ridge begins. The panorama on both sides of the ridge is magnificent: To the north, the views to Bohinjsko Jezero – Slovenia’s largest lake – sweep over the rugged karst landscape with its countless dolines to the Triglav, which dominates the mountain scenery on the horizon. To the south is a wonderful view of the endless Slovenian forest hills, here and there interrupted by scattered summer alp huts, isolated farms and dreamy settlements. 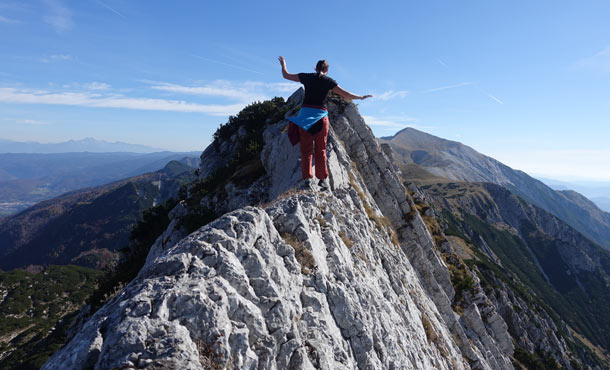 The tour leads in nine hours over the summit of Rodica (highest mountain on the ridge) to the mountain hut at Črna Prst. From there a path leads down through the colorful larch and beech forests to Bohinjska Bistrica. The tour through Slovenia’s heart ended for us this evening in one of the hospitable taverns with a delicious meal. 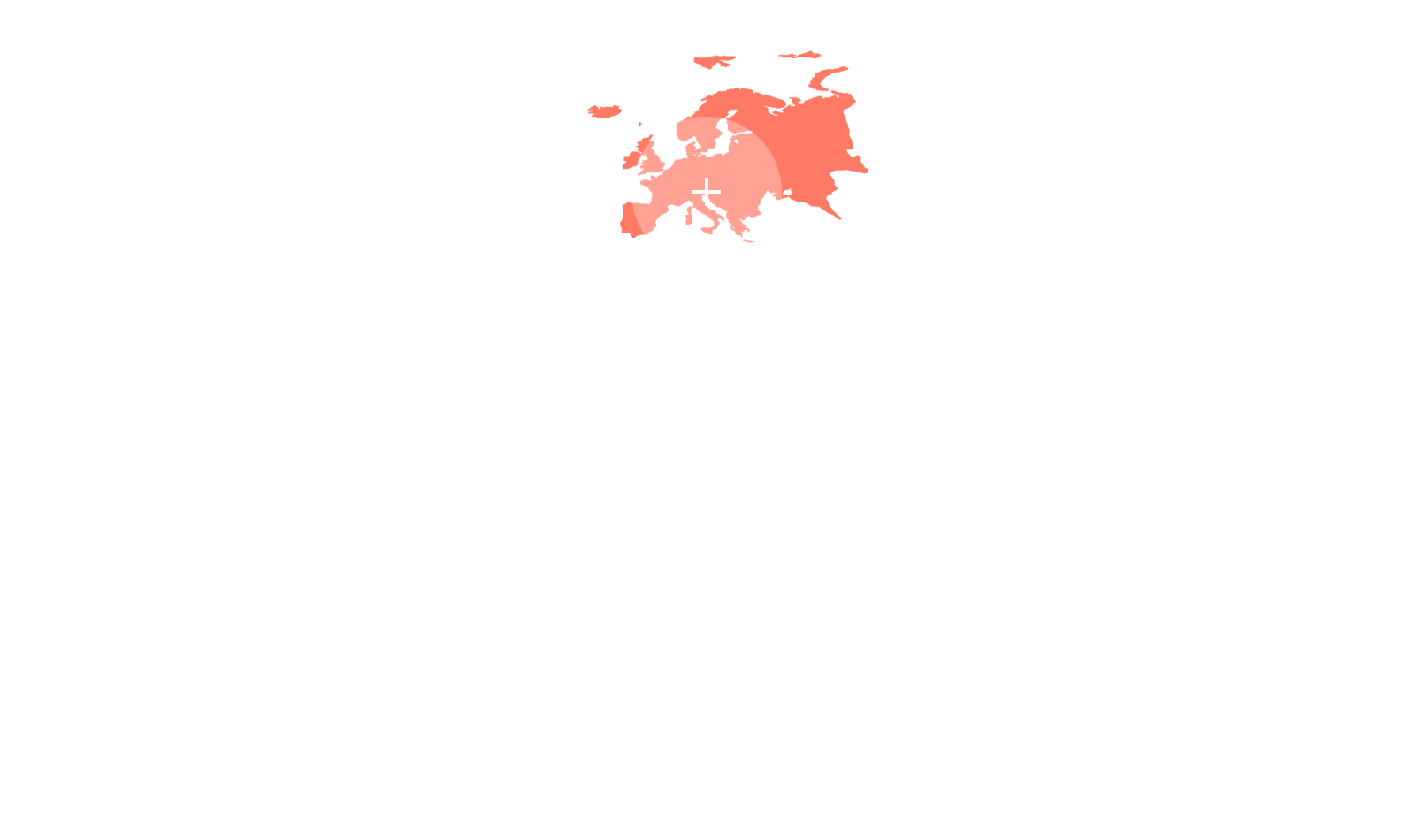 September is the best time for alpine climbing in the Julian Alps, because then the days are still relatively long, there is little tendency to thunderstorms and the mountain huts are still open.
October is a good time for sport climbing, as the autumn in the Julian Alps is incredible colourful and the crags are less frequented.

In some areas the rating of routes is still heavily understated. However, the current climbing guidebook “Slovenija – Sportnopletalni vodnik” has already undergone a significant upgrade/adjustment.

» Climbing areas in the western and eastern parts of the Julian Alps (www.mountaininfo.eu …) 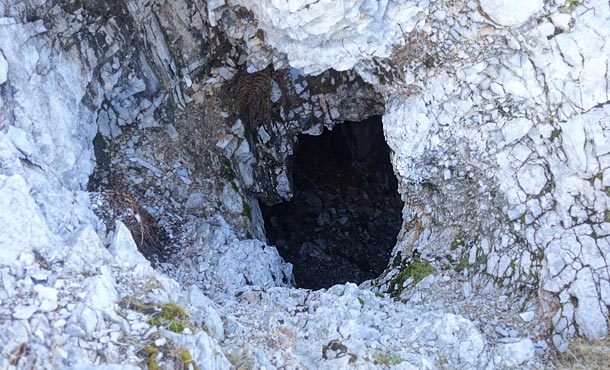