Because of the short daylight in February, climbing a bigwall like the Alhambra – one of the longest sport climbing routes in Ticino – is more a dream than reality.

We couln’t stand the climbing-gym in winter any longer, so we packed our bags and headed toward Gotthardt tunnel. Our destination was the small village of Ponte Brolla, which was still in a deep winter sleep at that time of the season. We bivouaced right above the Grotto America.

The next morning we started toward Alhambra, just on time and before sunrise. The first pitches are pure slab climbing on gneis. One has to gain height while sneaking the slabs and using tiny cracks and small brims. The route is very well secured. After the first half of the entire climb one reaches a group of trees, a good place for a break. 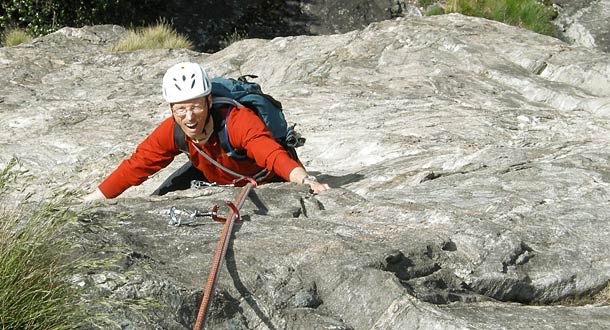 You can descent the first half by foot, the rest has to be roped down. We reached the ground right after sunset. Being physically exhausted, we finally had to move our tired bodies to the next bar. The beer was already waiting for us and we had fairly deserved it. 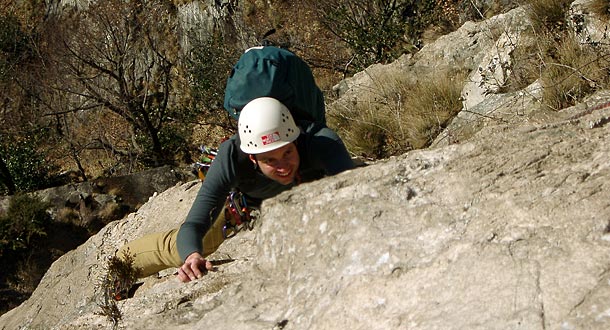 Short excursion to the side valley

Looking at the daring ibexes we hardly couldn't believe our eyes. The ibexes climb here in the middle of the dam wall – in search of the salts that are important to them.

February 7th, 2004, together with Dirk Emrich 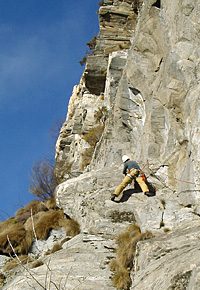 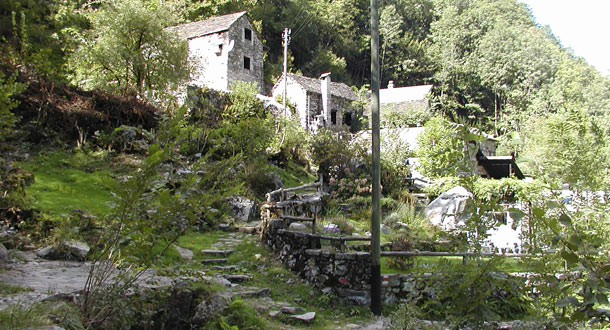