Climbing the Watzmann East Face with friends, having a wonderful day on the mountain with fantastic views of the Berchtesgaden Alps – that was our goal.

The Watzmann East Face is the highest Face in the eastern Alps and in combination with the subsequent Watzmann Ridge a real challenge for strong climbers with great endurance.

The cruxes are sometimes quite exposed, routine in climbing without a rope is absolutely necessary on this face. The main requirement is the orientation amidst a 1800 meter high rock face, which is structured into many ledges and numerous chimneys. Additionally during the summer months, it requires sufficient water and a good endurance for the whole tour. 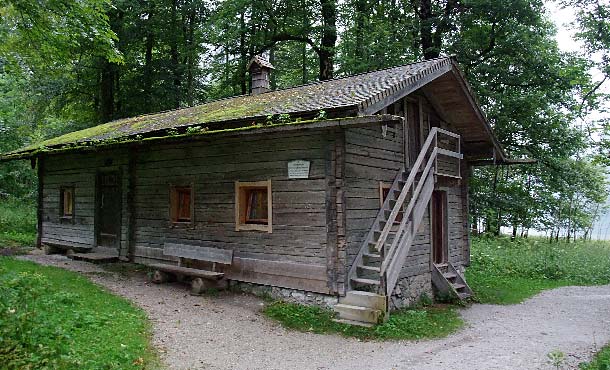 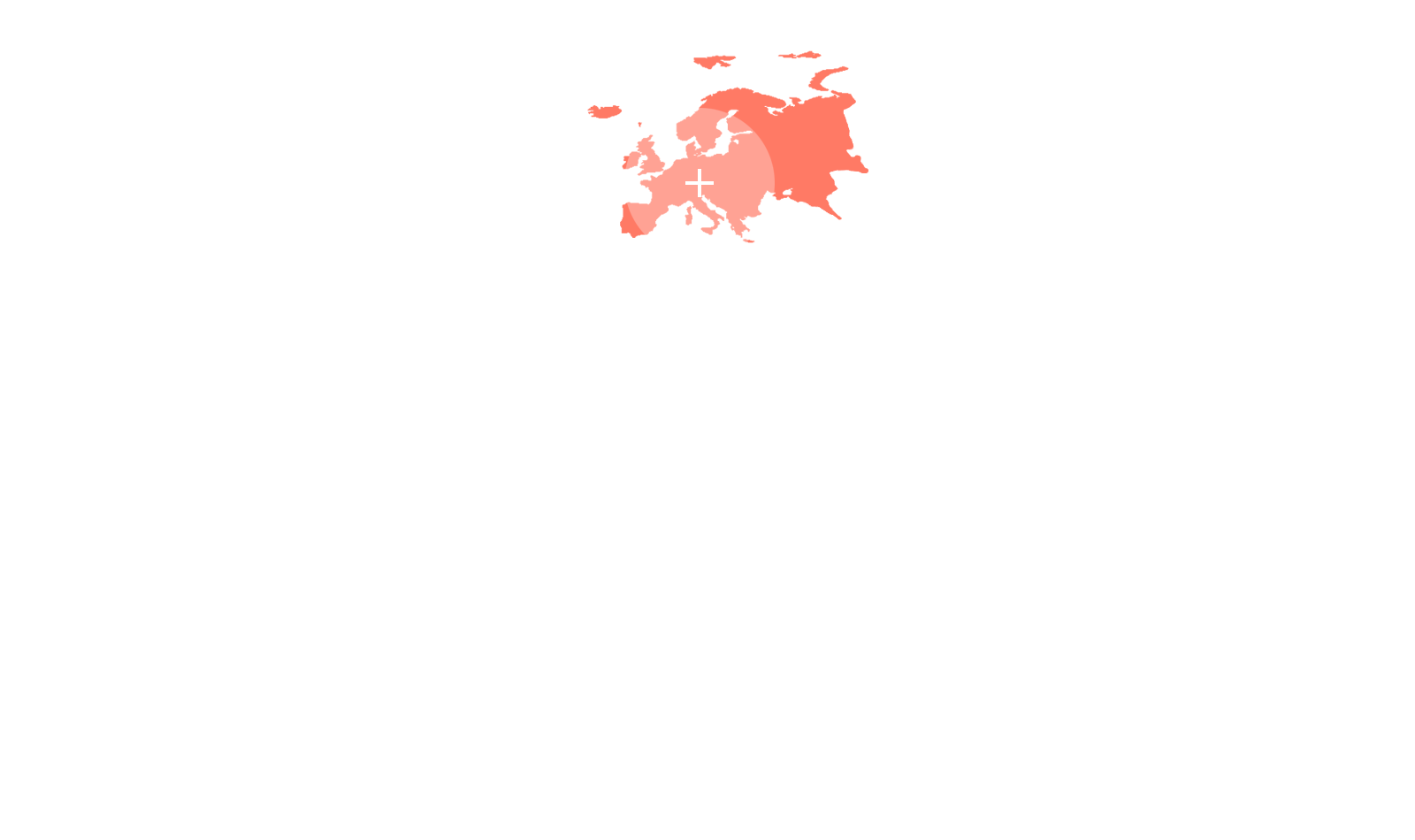 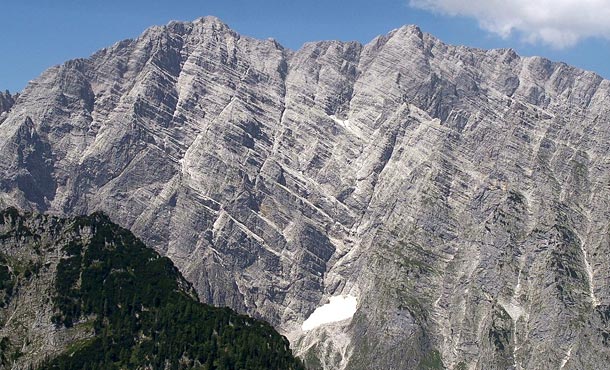 St. Bartholomä. Drive from Berchtesgaden to Königssee, park there and walk to the harbor. The boat brings you in 30 minutes to St. Bartholomä. North of the hostelry, on the edge of the forest, is the East Face bivouac Ostwandlager. A hot meal is available in the hostelry up to 6 p.m. From the Ostwandlager you reach the beginning of the climb near the snow field “Eiskapelle” in one hour.

August and September. In July there is still a lot of snow in the wall, and the danger of falling rocks is huge. In September, however, it is possible to have snow in the summit area, crossing the Bergschrund of the snow fields “Eiskapelle” and “Schöllhornkar” (Kederbacher Weg) is very tricky and you won't find any water above the height of the Schöllhornkar – it is best to climb after a heavy rainfall to be able to use the water holes.

Difficulties on the Münchner Weg:

The beginning of the climb before the 1st spur at 1560 m is a good indicator of the necessary rope-free climbing abilities. You should better climb back down to the Berchtesgadener Weg, if you have problems here. With a 30 m long rope the three pitches behind the Münchner Turm can be perfectly protected for the follower. On the 1st ledge you meet the Salzburger Weg at the slab crux.

Difficulties on the Salzburger Weg:

We crossed the Bergschrund of the snow field “Eiskapelle” on the upper left rim over a debris field with subsequent tricky climbing. After that we traversed over a knoll and climbed a gully to reach the first grass field. The optimum rope length for the Salzburger Weg is 45 m.

Difficulties on the Berchtesgadener Weg:

Climbing the East Face via Berchtesgadener Weg isn’t a particularly big problem. Nevertheless, one should be able to climb the route with backpack and mountain boots, be superior in ascent and descent, as well as on wet rock. The first three gutters must be abandoned on partially insignificant paths to the right. The climbing difficulties in two areas are at 3+ UIAA (one slab section in middle of the wall and the eight-meter-wall in the upper part). It is necessary to have a great endurace, a good sense for orientation, be free of vertigo and to be adept in climbing without a rope on exposed sections.

In the middle of the wall are various good opportunities for bivouacs, in the upper third of the wall is a fixed bivouac shelter. On top of the Hocheck is a bivouac hut. 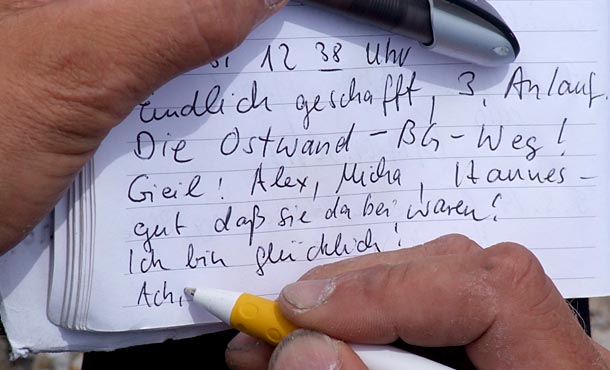 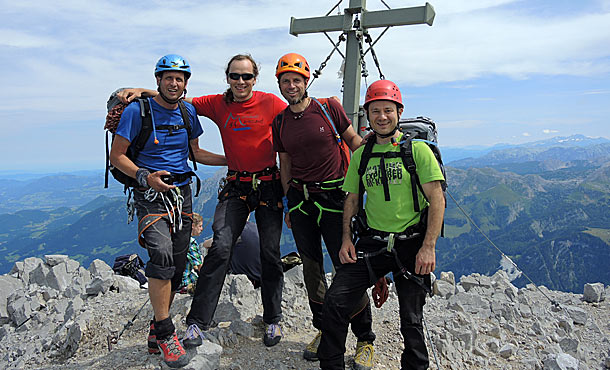