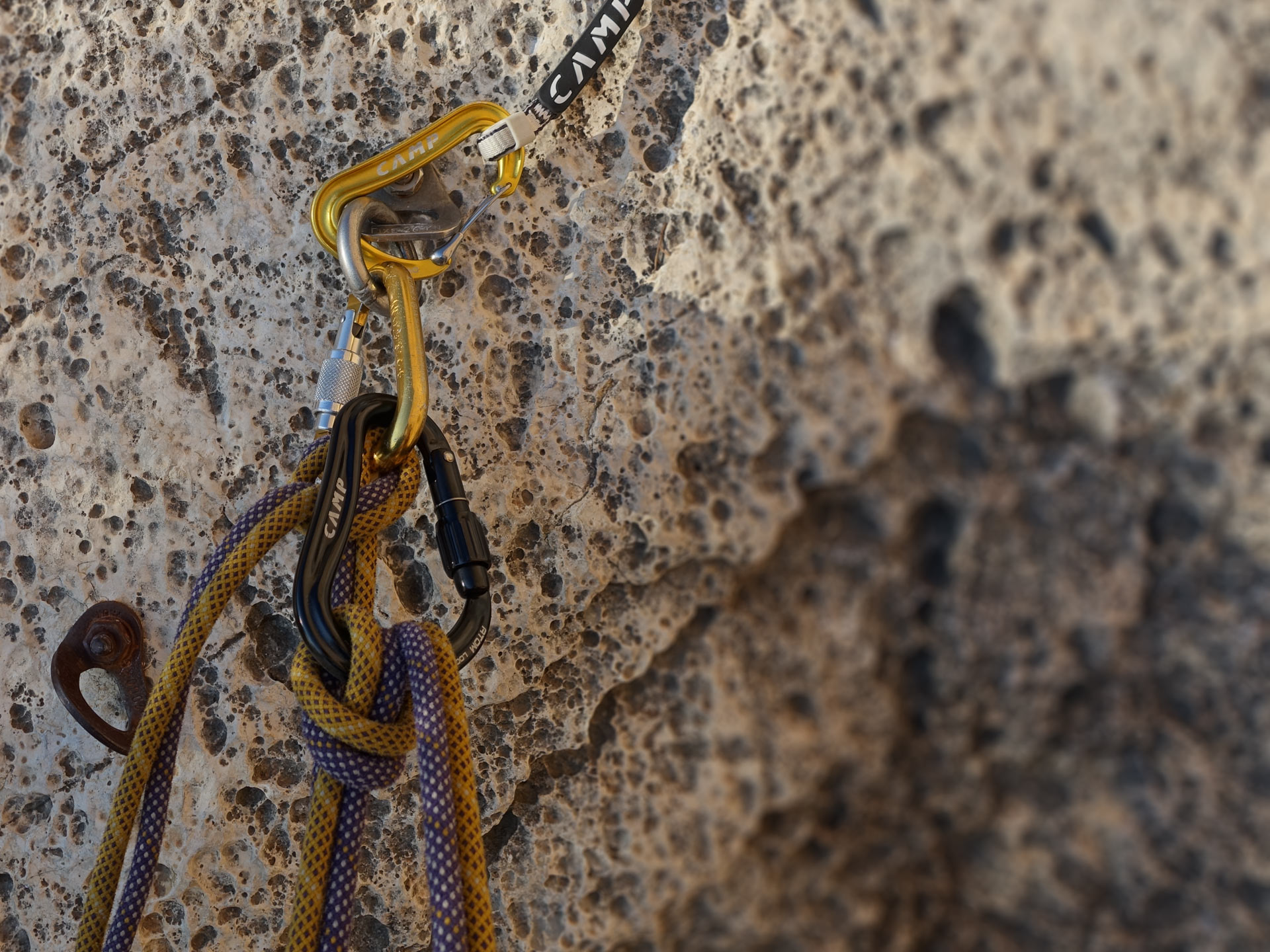 Belaying on a bolted anchor

Thinking outside the box: other countries – different customs.

Best practice applies to us climbers in terms of safety technique. While in German-speaking countries we follow the relevant recommendations of the DAV Safety Research with its doctrine (based on accident statistics), in other countries there are often deviating solutions. These are partly based on tradition, but often there are also other safety approaches and interesting findings from which we can learn. The world is not black and white …

Up to now, the doctrines on the subject of belay anchor construction in the Eastern and Western Alps have differed quite widely: While in the East, belaying on belay anchors has been taught as a basic method for a long time and body belaying in multi-pitch routes is only recommended with great restrictions and under special conditions, in the Western Alps – especially in France – body belaying has so far been considered the measure of all things. In a video published in August 2017, employees of the French national mountaineering and ski training authority ENSA show how they came to the conclusion that body belaying in many cases poses a considerable risk potential for the user.

It is crucial in which direction one climbs above the bolt: Ideally, the carabiner gate opening of the quickdraw should always point away from the climber in order to eliminate this problem.

The idea in photo 1 was to make a toprope belay as safe as possible by using a Belaylock carabiner with anti-twist protection, in order to avoid the effort of directly tying in several climbers (e. g. as part of a taster course). When changing climbers, the rope accidentally unhooked as seen in photo 2. The mistake (see photo 3 compared to photo 1) was not noticed by the next climber, a partner check was not made. The next climber in the route was only tyed in with the rope through the metal stirrup as shown in photo 3. Photo 4 and 5 show how the climber fell when loaded with his own body weight. Therefore it is better – as recommended anyway – to always tie directly into the climbing harness. The devil is in the detail! 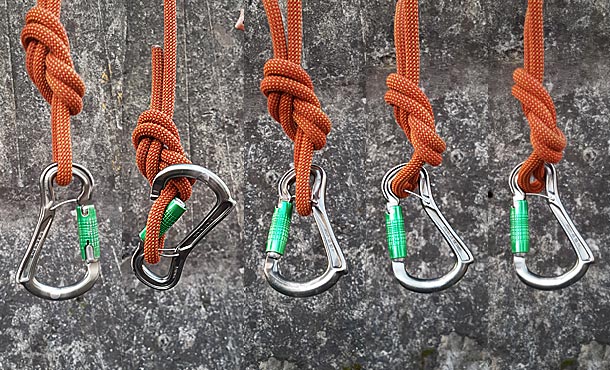 Different knots are required depending on the used rope material.

Many climbing accidents can be traced back to recurring mistakes: worn-through express sling, rope on rope, ground-in carabiners, or open gate loading.

Reconstruction of an accident in a climbing gym. Eyes on the partner check! 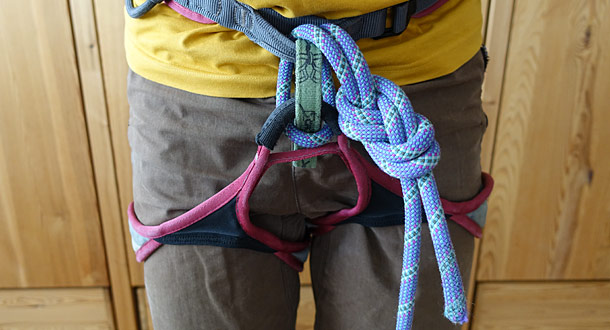 This rope shearing occurred on the route Elder Statesman (HXS, 7a) at Curbar, Peak District. The climber survived this fall.

A typical problem that often exists in coastal climbing areas. But the problems are also complex in the Alps, as demonstrated by self-made bolts, Sigibolts, contact corrosion due to different precious metals or poorly mixed mortar mass. Strength can be checked by a lever test with a jammed carabiner. If in doubt, test it out!


Carabiner fixing of a sling

Carabiner fixing of a sling best via clove hitch knot. Fixing with a Petzl String or similar often causes fatal accidents – those rubbers are only intended for fixation in Express Sets. Failure occurs already when loaded with less than 20 kg. 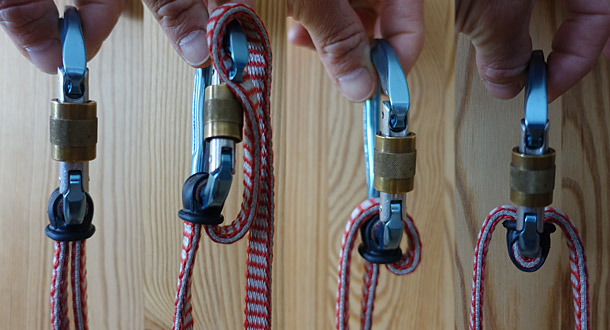