Dramatic changes on a beautiful island.

We remember the devastation brought over Ko Phi Phi by the Tsunami in December 2004 and wonder if it is still possible to climb on this island. The answer is yes.

Two years after, the island is almost entirely rebuilt. There is still a lot of destruction visible on Loh Dalam Bay (Back Bay), but the Ton Sai side is fixed up really well, all the way down to Long Beach. Most of the clearing and rebuilding has been done by volunteers as well as locals who have returned from Krabi. The locals are very happy to welcome climbers on their island, because it is very important to strengthen small businesses against the heartless plans of politicians and big hotel corporations who have teamed up in effort to turn Ko Phi Phi into an island with only exclusive high-priced resorts. 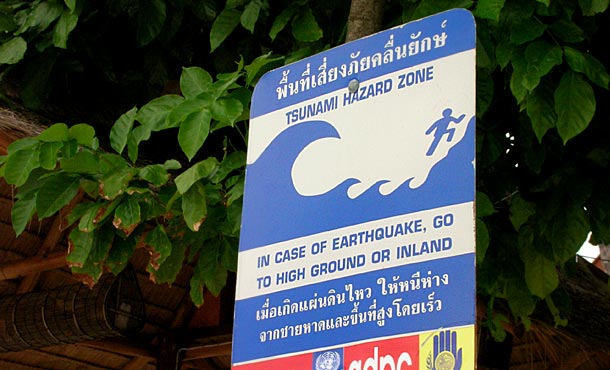 Ko Phi Phi is the birthplace of rock climbing in Thailand. The first climbers came here in the 1980s to open new routes. On Ko Phi Phi all climbing routes were developed with regular expansion bolts. The bolts rotted so fast and so badly that climbers avoided Ko Phi Phi all together for many years. After Railey continued to be developed with stainless steel bolts, rock climbing became marginal on Ko Phi Phi. This changed in the year 2000 as a group of climbers started to rebolt old routes on Ko Phi Phi and to open up new climbs as well. Some areas still haven’t seen any rebolting yet. However there are saver places for climbing than Ko Phi Phi. But we like this place a lot, because of its relaxing athmosphere. Most of the locals we met have lost relatives, friends or colleagues from work with the Tsunami. And there are many places on this island where we feel that something very badly has happend here in the past. 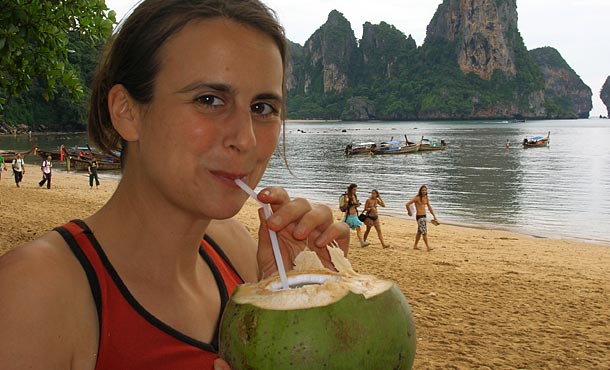 There are still many opportunities for first ascents on the island of Ko Phi Phi Don as well as Ko Phi Phi Le. This island is well known because of the Maya Bay (where the movie “The Beach” was filmed) and the Viking Cave (where swallow nests will be harvested and sold to China for high-prices). 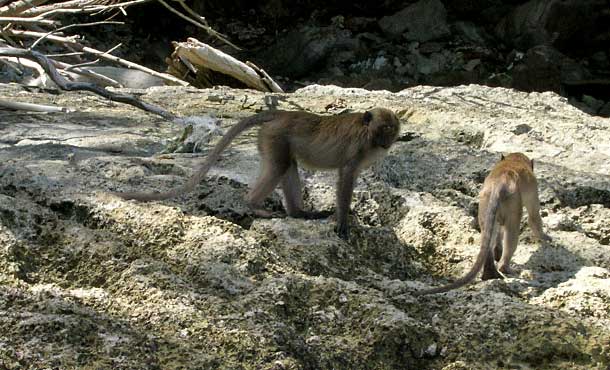 Baseclimbs up to 35 m, multi-pitch climbing from 2 – 6 pitches on particularly razor sharp limestone 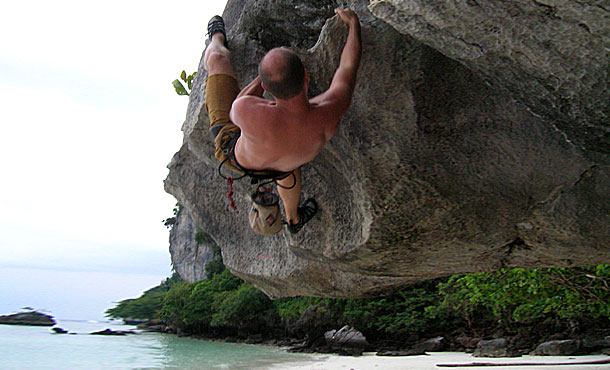 A reasonable amount of bolts ranging from new to totally rusted – please check out before you start to climb. Mobile devices aren’t necessary. 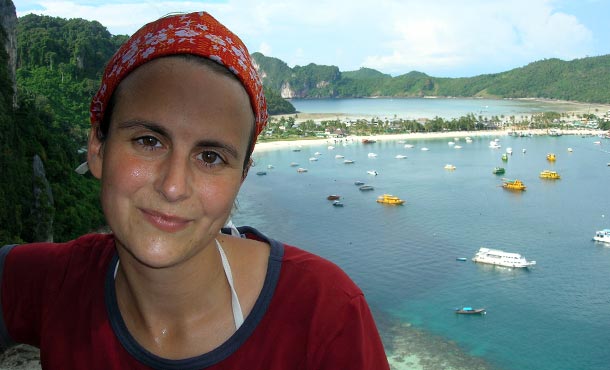